This awesome couple has turned their love for travel into a career through Instagram.

Jack Morris, 26, and Lauren Bullen, 24, are professional world travelers. They travel and share gorgeous and creative photography from their trips to their Instagram profiles. As they travel, they promote brands and locations, earning high six figure salaries through endorsements.

They have a combined following of over 3 million on Instagram. You’ve likely seen them on the Instagram suggestions page as their posts are wildly beautiful and showcase stunning and exotic locations all around the world. 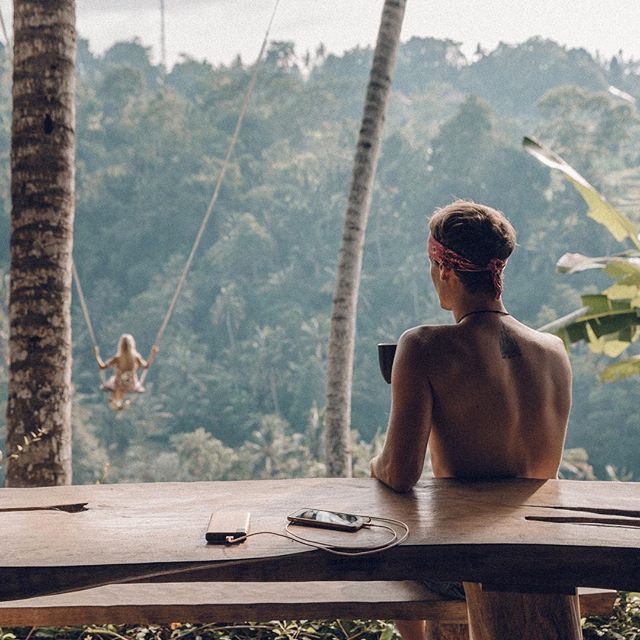 The couple, who have been dating for two years, currently earn up to $9,000 for a single Instagram post.

So how did they get started?

They actually came to the world of Instagram Influencing in very different ways. For Lauren, she was initally a photographer by hobby who started sharing photography from her home country Australia. She was working as a part time dental assistant to earn most of her income. She decided to move to another part of Australia where she could shoot more exotic locations. At the time, she had only 2,000 followers, but as she continued to share more cool photos, her following grew to 16,000 and she secured a job with the local tourism board.

Lauren describes that first experience as “crazy”, and was further inspired to pursue it after chatting to other influencers who shared what they did and how they made money. Lauren gradually built up her influencing jobs until eventually it wasn’t feasible for her to continue working as a dental assistant, and she quit.  Her old job was supportive and her bosses reassured her that she always had a place back there if she needed it.

She didn’t need it, though, and in the 14 months Lauren has been travelling the world, taking photographs and posting them on her Instagram account as a full-time job, she’s never looked back.

Jack’s entry into the Instagram world was slightly different. After having left school at 17, he got himself a 9-5 carpet cleaning job. Five years later, when he was almost 22, he saved up enough money to buy a one-way ticket to Bangkok to go backpacking.

“I had no plan and hardly any money,” Jack told Cosmopolitan.co.uk. “I just had my first night booked in a hostel”

After a few months, Jack’s savings started to run out, and he realised he needed to find a new way to make money or he’d have to go back home to his carpet cleaning job. At the time, Jack recalls, Instagram was fairly new, so he decided to use this as a little DIY business venture.

“Instead of trying to grow myself on Instagram, I tried to grow niche accounts which reposted images; I had one for animals, fashion, cars – all sorts of things like that – and they grew pretty fast. It was literally just finding content throughout the Instagram community, reposting certain niches on certain accounts, and then monetising by contacting brands in that niche and asking if they wanted to advertise on the accounts,” he explained.

After about two years, Jack’s advertising business was making a lot of money but he wasn’t making the most of his travelling experience. “I just felt like I may as well have been at home doing it in my room. I was spending so much time on my phone and my laptop, searching for wifi all day. I wasn’t really doing what I set out to do in the first place,” he said.

So Jack sold all except one of his niche based Instagram accounts, and lived off that money while continuing to explore the world for a further year. While he was traveling, he started posting photos from his experiences to his personal Instagram account. Jack’s account began growing rapidly and he started getting approached by brands and tourism boards.

This leads us to how Jack and Lauren met!

10 Months ago, both Jack and Lauren were in Fiji doing separate travel campaigns. They met and instantly clicked. “We were both doing the same thing, and he asked me if I wanted to come to Bali and hang out after the Fiji job, which I thought would be fun,” said Lauren. “We could just keep doing what we were doing, taking pictures and creating content and stuff.”

After they started collaborating in photos, both of their Instagram accounts blew up. Basing themselves in Bali, Jack and Lauren travelled around together – to Sri Lanka, the Maldives, and various other exotic destinations.

“As soon as we started posting photos together brands would contact us much more frequently than they would when we were travelling by ourselves,” said Jack. “I think they probably saw more value in a couple because it’s a target audience for most in the travel industry.”

Inadvertently the couple, with their aspirational lifestyle and their glamorous adventures, had stumbled upon something that people couldn’t get enough of. And now they’re earning a lot of money from it.

“Exact figures are hard to say because every job is different, but we won’t do a post for less than $3,000 USD,” says Jack (that’s for one Instagram post).

“I did a job for a phone company where I flew out for three days; there were two days filming and then I had to do five photos on Instagram, and that was $35,000,” says Jack.

And for those of you that might be thinking their rates are super high, the Brands see the value in their work and often state that their rates are actually low for their reach  “We’ve even turned up to jobs before that we’ve charged thousands for, and we’ve got there and they’ve been like, ‘your rates are so low’,” the Jack added.

People like their content because it’s authentic – and Brands love this. “People follow us because they enjoy our content, so when we post about a brand, location, or whatever it is we’re being paid for, our followers trust it more than when they see a random advert in a magazine,” the couple says.

“Since we only work with brands we personally like or truly believe in, it’s authentic. We would never promote something we don’t agree with just for money,” they add.

So what advice do they have for anyone looking to swap a 9-5 lifestyle for a career in professional wanderlusting?

Be consistent in your content, keep it to a high standard, find your style or niche and stick to it, don’t copy what’s already out there, think about the aesthetic of your profile and your grid, try hard but don’t be a try hard, and consider collaborating with other like-minded people – and the main tid bit of advice from Jack and Lauren is simple: have fun.

“Both of us started out doing this purely by having fun, doing what we want to do,” Jack says. “And I think that really resonates,” adds Lauren.

“We never expected to be offered this kind of money for simply following our passions and doing what we love, we both feel so lucky. It still doesn’t feel like real life sometimes”.